Same-sex marriages may now be conducted, in Church, across Scandinavia (at least, in the region’s national churches, the Lutherans). 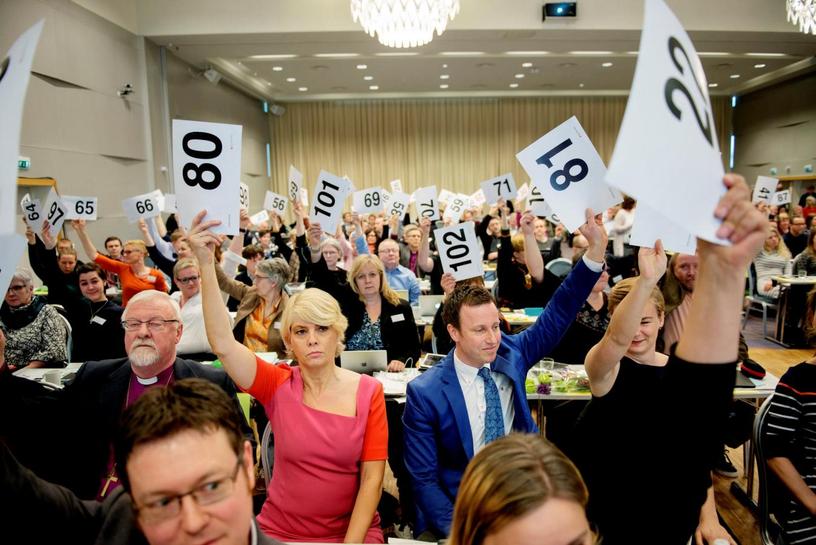 Norway’s Lutheran Church voted on Monday in favor of allowing same-sex marriage, becoming the latest of a small but growing number of churches worldwide to do so.

Last year the French Protestant Church allowed gay marriage blessings, while the U.S. Presbyterian Church approved a change in the wording of its constitution to include same-sex marriage.

In a vote at the annual conference of the Norwegian Lutheran Church on Monday 88 delegates out of 115 in total backed same-sex marriage.

“Finally we can celebrate love independently of whom one falls in love with,” said Gard Sandaker-Nilsen, leader of the Open Public Church, a religious movement within the church that had campaigned to change the rules.